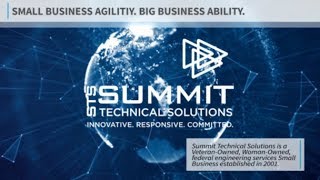 Summit Technical Solutions, LLC (STS) provides world class, cost efficient and timely services for our customers around the globe.  With more than 17 years of experience, we are proud of our heritage delivering mission-critical support, ready and responsive in meeting the fast-paced demands of our nation’s warfighters and material developers. Backed by our ISO 9001:2015 Certification, STS maintains process driven results by adhering to the high standards set by our Quality Policy and Quality Goals and Objectives. We work closely with each of our clients, always fully accountable for individual and team performance and always prepared to provide innovative solutions for complex challenges. Our professional workforce is talented and responsive in delivery of the right methodologies and structured processes to effectively address our clients’ requirements leading to mission success.

Our Core Capabilities
The STS Team

``ATMO Met or exceeded my expectations for accessibility, flexibility, and mission completion. I am sold on the service (Team STS) provide(s) CSFTL``

For over 10 years, STS has provided NAVAIR with Test & Training Mission Support through operation and maintenance of numerous boats and watercraft; design, build and operation of various specialized targets; and recurring participation in training exercises.

The Atlantic Test Ranges (ATR) include several fully instrumented and integrated test ranges that provide full-service support for cradle-to-grave testing of weapon systems, munitions and specialized activities. Range airspace and surface target areas are used for test and evaluation of aircraft and for warfighter training missions. In addition to radar and optical tracking systems, fixed and mobile assets provide the necessary capabilities for diverse testing and training mission scenarios.  In support of the Atlantic Test Ranges, STS provides Atlantic Target and Marine Operations, Maintenance, and Logistics support for 75 Sea Vessels based at Norfolk, VA and 82 Drones based at Dam Neck Naval Annex, VA. We plan, prepare, operate, and recover aggressor systems used to exercise Ship, Group, Fleet, and Special Operations along the U.S. east coast at various operating locations.

Never missing a single boat launch operation, STS has supported over 400 missions since the start of the ATMO contract.

STS is responsible for:

For over 10 years, STS has provided NAVAIR with Test & Training Mission Support through operation and maintenance of numerous boats and watercrafts; design, build, and operation of various specialized targets; and recurring participation in training exercises.

PARCS provides tactical warning and attack assessment of sea-launched, and ICBM's launched against the continental United States through providing 24/7/365 critical missile warning and space surveillance data to the Space Force 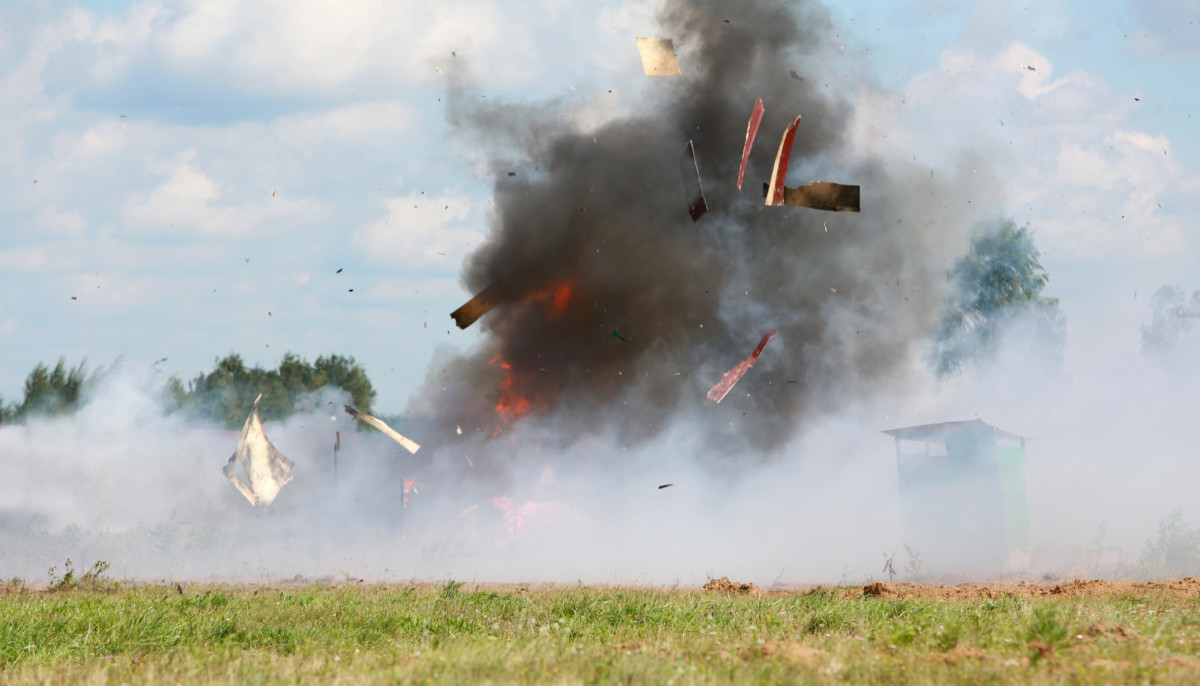 The Naval Surface Warfare Center Dahlgren Division has an astounding 100 years of history.

Over the last century, Naval Surface Warfare Center Dahlgren Division (NSWCDD) has asserted itself as a major testing range for the Department of the Navy in support of our nation’s defense. As a leading naval scientific and engineering institution, Dahlgren technology is essential for the development of design concepts supporting existing and future equipment and systems integration.

``The mission of the United States NSWCDD is to provide research and development, test and evaluation, analysis, systems engineering, integration and certification of complex naval warfare systems for the Navy and in support of National Defense.``

Established October 16th, 1918 in Dahlgren, Virginia, the warfare center was named for Rear Admiral John A. Dahlgren. Originally established as an extension of Maryland’s Indian Head Proving Ground, the location of NSWCDD on the Potomac River was selected for the development of a long ballistic test range; enough space for the testing of technically advanced high-powered munitions and ordnance.

The NSWCDD has come a long way since its first range tests more than a century ago, which included a 7-inch, 45 caliber tractor mounter gun. The Dahlgren Division now serves as a cutting-edge R&D leader supporting the ever-advancing requirements of the United States Navy, providing engineering expertise and technical innovations that have positively affected our nation’s warfighters at home and abroad.

The Future of Dahlgren

Enhancing the Navy of Today, Tomorrow, and into the Future.

During World War II, Dahlgren became a computational technological hub involved with new devices as early computers and other directives, including the Naval Ordnance Research Calculator, were sent to the site to help with ballistic computations. The expertise scientists brought to these missions were so effective that select scientists were requested to help with ongoing projects like the Manhattan Project, and the development of the atomic bomb. Following World War II, Dahlgren lead the innovations and advances of naval surface weapons work with critical projects such as the Tomahawk missile, the Standard missile, and the Aegis combat system. This imperative work continues to this day, along with the electromagnetic rail gun, DDG 100, Littoral Combat Ship and Chemical Biological and Radiological Defense.

The backbone of NSWCDD remains its technical acumen for weapon systems, control systems, and sensor systems in advancing the warfighter and its systems. In the future environment, NSWCDD is posturing itself to support the Navy through continued initiatives in Technical Excellence, Workforce, and Strategic Communications.

For the next century and beyond, NSCWDD will continue to provide research, development, test and evaluation, analysis, systems engineering, and certification of complex naval warfare systems. Dahlgren’s customers and community continue to build on their long history that will continue to guide the future offensive and defensive capabilities required by the warfighter. 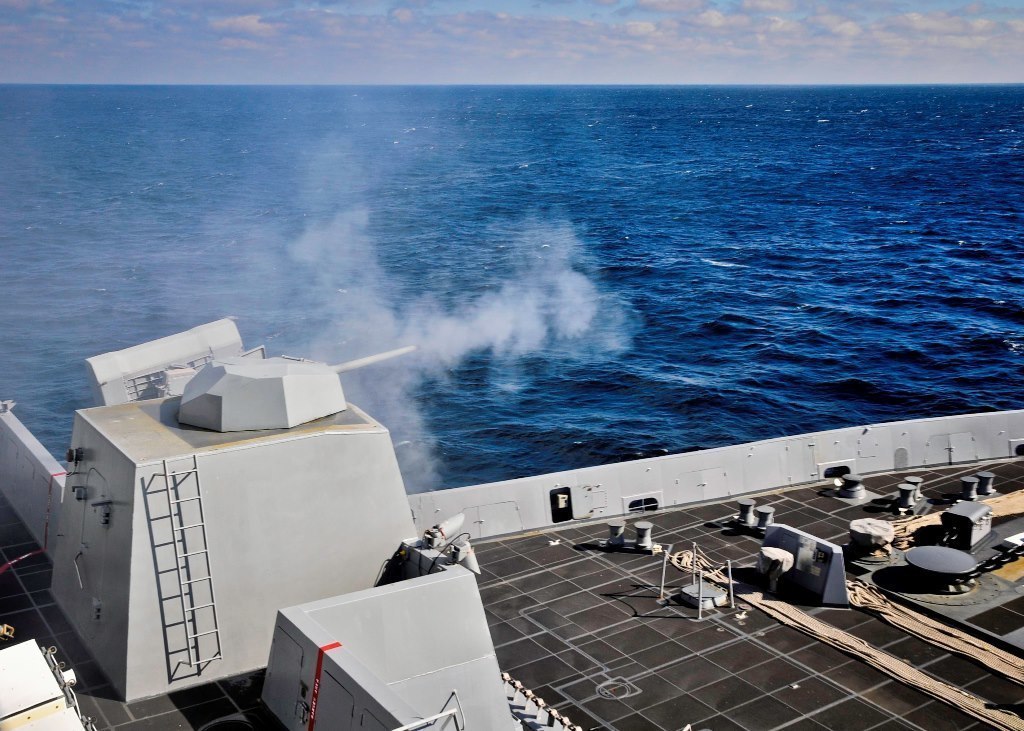